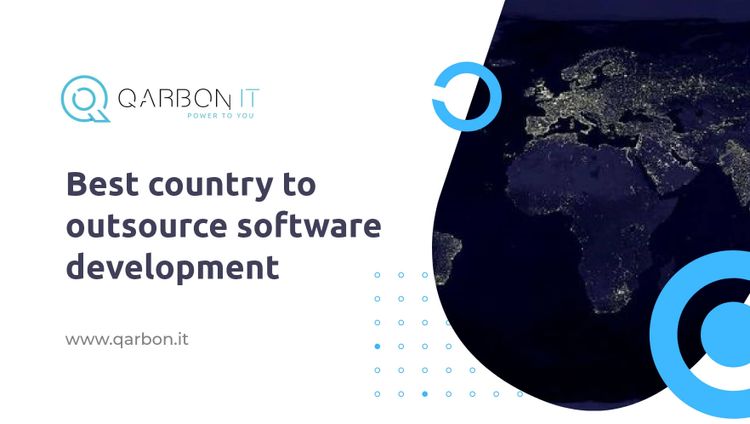 You may be asking yourself which direction is the best to outsource software development.

There is no easy answer. There are many countries where you can find marvelous developers, who are specialized in technology you are looking for, but there are many traps you have to avoid. In this article I would try to show you how to avoid few of them and find great tech partners.

What to pay attention to when outsourcing software development?

There were approximately 27 millions developers around the globe in 2020. Nowadays when demand for new web and mobile applications is so huge this number of software developers will continue to grow. It is predicted that the number will hit 45 million in 2030.

After this brief introduction I will go straight to the point, and I will try to show you how to choose the best destination to outsource your software development. Just follow this simple steps:

1. Pick a country that are politically stable, it’s important in terms of outsourcing your software

This should be a key step when you will be looking for your outsourcing destination. You won’t find yourself in a situation, when your money has already been involved, the contract is signed and something unpredictable has happened, something that you aren’t able to influence on. This can lead to terrible situation. Situation in which you can lose your money and have to start everything over again.

2. Pick a country which are most attractive for outsourcing

A.T. Kearney Global Service Location Index (GSLI). This index tracks the contours of the offshoring landscape in 50 countries across four major categories: financial attractiveness, people skills and availability, business environment, and the new one - digital resonance which ensures that the index captures new information related to automation that is increasingly relevant in these decisions.

In 2019 GLSI, United Kingdom was listed at first place as the best country to outsource in Europe declassifying Poland which was a leader in 2016. Mainly due to digital resonance, which is not surprisingly, led by the world’s most advanced economies. These economies with high-skilled labor are generally more costly but it’s obvious. Now we have to ask ourselves if it’s not better to pick up a country from CEE, where you will find more affordable tech partners motivated to fill that gap as soon as possible. That leads to the third point.

In most advanced economic hourly development the rate usually is really high approximately from 80$ per hour for senior software engineers. Whereas in countries such as Poland, Ukraine, Czech Republic, Hungary the rates range between 30$ - 50$ per hour. Rates closer to minimum are usually of smaller project outsourcing vendors whereas, higher rates are common for large tech companies.

In present times, when COVID-19 becomes a global threat, business has moved to the internet and relationships could be established and maintained online. Location, in terms of geography isn't a key factor to consider while choosing an outsourcing destination, but certainly is one of them and I have to mention it.

Central Europe is an easily approachable region of the world. Biggest cities in Poland, Ukraine etc. such as Warsaw, Katowice, Kiev have airports and many connections from around the globe. Moreover, they are well communicated internally. Visiting your tech partner is going to be comfortable and easy.

According to HackerRank. China has the best developers with a score of 100, but Chinese developers only won by a hair with Russian which scored 99.9 out of 100. Poland with 98 points reached third place. It’s surprising. While most developers live in the United States and they have such talents as Bill Gates, Elon Musk, Dennis Ritchie they only manage to rank 28th place.

Comparing those three they are really close to each other if it comes to technical knowledge of developers. So if you have to choose from one of those you have to consider other factors too. Besides tech expertise, a really important factor is language proficiency. English language is essential to communicate well with clients and teammates. Polish people excelling in language skills. According to the EF English Proficiency. Index Poland is in 16th place. While China and Russia manage to rank 38th and 41st.

Every software developer is completely unique. I’m one of them and besides that now I’m the CEO of a software house I used to work with on a daily basis. Looking through my experience I can tell you how important and hard it is to pick developers with the right mentality. It’s the key factor to reach business goals without any disturbance. While picking developers with appropriate skills is important too, developers without the right mentality can easily cause delays and a lot of stress for everyone involved.

So, what is the best direction for outsourcing software development?

That's it. I supposed that I was able to bring closer main factors to consider while choosing the best country to outsource software development. It’s crucial to dedicate a substantial amount of time and energy to this stage. This step is extremely important. Don’t hesitate to request a proposal from as many companies as you can. Talk with the representative and ask questions that are crucial to your business.